Dear One, Tripura is the ultimate, primordial Shakti, the light of manifestation. She, the pile of letters of the alphabet, gave birth to the three worlds. At dissolution, She is the abode of all tattvas, still remaining Herself – VamakeshvaratantraWhat is Shri Vidya and what relationship does it have to the goddess Lalita and to her yantra, the Shri Yantra? Vidya means knowledge, specifically female knowledge, or the goddess, and in this context relates to her aspect called Shri, Lalita or Tripurasundari whose magical diagram is called the Shri Yantra. She is a red flower, so her diagram is a flower too.The tantrik tradition views its symbols as having a gross aspect, a subtle aspect, and a supreme aspect. In terms of Lalita, the gross form is the image of the goddess with her four arms and so forth, the subtle form is as yantra, and the supreme form is her mantra, all three being the goddess in different aspects. Behind the sometimes colourful symbolism is deep wisdom coupled with practical methods for realising oneself.

Tripurasundari (c) Jan Magee 1999 Lalita loves puja. This term is usually translated as worship. However, this is misleading, as it introduces a duality into a process intended to bring the practitioner (sadhaka or sadhvika) to a non-dual position. There can be various pujas including daily rites, those performed at the four twilights, rites done for specific objects, optional rites done on festival days, or on otherwise auspicious days such as lunar eclipses or the entrance of the sun into a sidereal constellation, rites in assemblies or groups, and rites accomplished with a partner. Subhagodaya, on this site, is a translation which gives the full puja of Tripurasundari or Lalita.

Lalita means She Who Plays. All creation, manifestation and dissolution is considered to be a play of Devi or the goddess. Mahatripurasundari is her name as transcendent beauty of the three cities, a description of the goddess as conqueror of the three cities of the demons, or as the triple city (Tripura), but really a metaphor for a human being.

What then is a yantra? The word is usually translated as a machine, but in the special sense of the tantrik tradition refers to the Devi in her linear or geometrical form. Yantras, by the way, are always used flat. They may be two-dimensional or three-dimensional. Every aspect of Devi has her own mantra and yantra. The yantra of Devi Lalita is Shri Yantra. The divinity of the yantra always occupies the centre or apex.

The different parts or petals and lines of the yantra are usually arranged in concentric circles (mandalas) and contain rays or sub-limbs of devi. The Shri Yantra has nine of these mandals, each filled with various aspects of the Devi. In Shri Yantra there are 111 aspects. The Shri Yantra is said to be a geometric form of the human body, which implies that goddess as Macrocosm is one with human being as Microcosm.

Formation of the Shri Yantra

The creation of the Shri Yantra is described in the Yogini Hridaya (Heart of the Yogini Tantra), which still does not exist in an English translation, as far as we are aware. This is said to be the second part of the Vamakeshvara Tantra.

„From the fivefold Shakti comes creation and from the fourfold Fire dissolution. The sexual union of five Shaktis and four Fires causes the chakra to evolve. O Sinless One! I speak to you of the origin of the chakra.

„When she, the ultimate Shakti, of her own will (svecchaya) assumed the form of the universe, then the creation of the chakra revealed itself as a pulsating essence. From the void-like vowels with the visarga (:) emerged the bindu, quivering and fully conscious. From this pulsating stream of supreme light emanated the ocean of the cosmos, the very self of the three mothers. 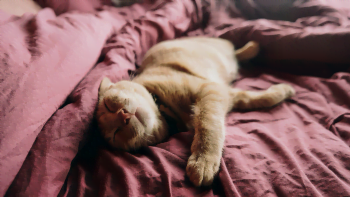 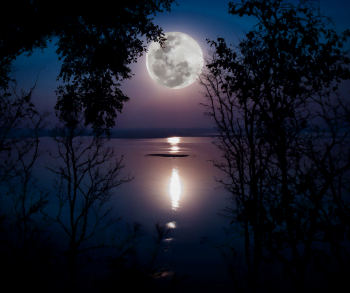 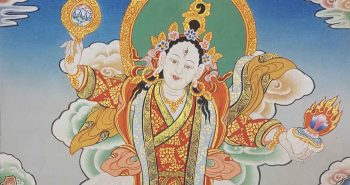