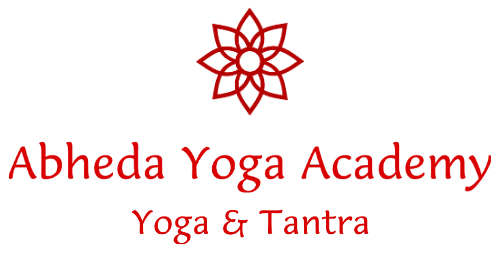 The Sundar Singh prophecies about THE SPIRITUAL FUTURE OF ROMANIA.

Sundar Singh was a great illuminated indian. He was converted to Christianism after a vision in which Jesus Christ has shown to him and talked to him. These prophecies were made after his visit in Romania, at the beginning of XX century. Other prophecies regarding the spiritual future of Romania and of the whole world were made by Nostradamus, the Christian saint Serafim of Sarov and others ( especially lately!).

NOTE OF THE TRANSLATOR: These prophecies were translated from Romanian language. I tried to follow the style of Sundar Singh; please excuse some expressions which, probably, have no place in the very best English.

All the connection ways through air, water and on earth being very favourable, Romania will be one of the most prosperous and abundant countries, living in peace with all its neighbours. Basarabia will be rejoined to Romania for ever, because the russian people will honour that chosen country and will renounce at this province which will generate many conflicts. But in a much far future, all the neighbouring territories of Romania will fusionate, making together the European States Federation, thing at which peoples had thought with long time before.

All of that I’ve been telling you till now is necessary to be fulfilled because they are true and all that I’m telling you will convince you when all these will happen. In the future times, the russian people, full of love, will come to help the work which Romania will have to fulfil in the world. But, before these, will be starvation in many places, the bread will be absent, will be great earthquakes which will make many victims and in many places over the world men will disappear under ruins, which will remind very hardly the traces of some cities which will disappear from the earth surface. Wars, panic and all kinds of missunderstandings will make the great powers, like Rusia, to fall, for the happiness of the little countries which compose it. The atheists will begin to study the holly scriptures and will concern themselves to understand the science of spirit, searching to discover all that is hidden in man. Due to those researches, a new turn will occur in the life of some peoples. In many places over the world, the food will be absent. In order to all those wraths to be pass as fast as possible or not to be so terribly, God inspire me to give you an advise:nations, men, be united for your perfection, be as conciliated as possible, forgive each other and spend as much as possible of the available energies to reach the freedom in God and the eternal happiness. Make it all now and here, in this life and don’t postpone the spiritual perfection for a reincarnation. Doing all what you can do and acting with perseverance, every one of you can be saved. To impulsionate the building of the New Jerusalem, build yourself by love and cleanliness and Holly Spirit, living in good acts as in that mode to let your inner spirit to show himself in your heart, where from to pick out the untruth, the selfishness and the passion for destruction which, when grow over some limits, lead to the destruction of man. In the future for that spiritual construction it will be much to work.

The dwell of the sublime worship which will be offered as example to the whole world, will be materialized through the summed efforts of those who are chosen and pures. Men simply and fair in their hearts, filled with love for God, will be much more rapidly spiritualized if they will have an intense spiritual living, paying to material thinks a smaller attention.

Ever those who are poor in wishes will be reach in satisfaction. Overhappy will be those who will live in the Godly Spirit. Especially these will see that the simplicity and the purity of life don’t mean inner poverty, but is exactly opposite, an unexpected spiritual treasure.

Those who are simple and good have an unexpected spiritual superiority. Many are the enigmes of the human soul and these are very hard to deciphered for one who doesn’t resort at self knowledge. The human being can’t discover his Creator and can’t understand, even a little His deed, unless he discovers himself in the hidden depths of his being.To reach the divine perfection, every man must look for knowing himself as good as possible. All the material accumulations disappear at the physical death of man, but spiritual features and man experiences add in spirit, for eternity.

The unshaken faith in the Supreme Divine is the secret of the immortal existence in spirit. The faith make that the inner power of being became unlimited, helping it to become perfect through the union with God, in eternity. Through the benefactory, steady faith, man can reach the divine happiness.

Jesus says:”If you will have faith only just like an mustard grain, you will accomplish everything and you will say to this mountain to throw itself in the sea and the mountain will throw itself”. In these words it is revealing to us the mystery of the faith power.

The truth is that in the times that are to come, all over the earth, only few will be the ones which will have faith, and those who will have no faith will be ded before, although they will continue to live physically, because they will cess to have a conscious relation with God. The one steady in his faith, even in the physical life, finds out that all the wonders are possible for him, and so he can wrest himself free by the materia and its laws, becoming all powerful through his spiritual living, which will reveal to him even God.

Due to his untired faith, the infinite heavenly powers are always helping him and from that point the inner life of man begins happier and happier. Through the agency of the chosen romanian people, Good God will speak to men all over the world, sending those who are chosen among this people to help other human beings, to help them to grow to a superior life and to Godly perfection. For Heavenly Father every human soul is very precious, because in its middle, taking the form of Spirit there is a „spark” of God.

If man will reach to believe strongly that all his powers and the help are coming to him from God, then he will subdue his entire being to the Divine. Only then man’s spiritual life reveals inexhaustive sources of abnegation and love and many good qualities like obedience, humility, devoutness, diligence, mother wit, gratitude, respect, hope. All these and many others blossom due to faith. Because else, how you will love something that doesn’t exist and how you will be obedient, if you haven’t got the steady conviction of the existence of that Divine Power to whom you subjugate yourself, or whom you want to manifest your gratitude? Many people said that they have no faith, but in such a case, at all, they confess their negative, destructive belief.

In such cases the existence of the opposite belief is proven right through negation. The grade of faith of every man grows or diminishes through its manifestation in various situations.

All what I was told to you here are completely true and in the times that are to come, the country chosen by Good God will be the centre of the spiritual restoration on the earth surface.

The countless wonders which will be done in this country and the mysteries which will be discovered in those times in that places, will make the peoples of the world to search with much abnegation the Godly mysteries.

In Romania, God will make possible the appearance of some great miracles, for those who are chosen to discover Him and for the atheists to return at faith as soon as possible.

In this chosen people of romanians, God has put a warm and loving heart, the nature of men being opened to discover easily the path to perfection, almost everyone being capable to enlight the other peoples due to the divine graces what they are blessed with.

In those future times, the romanian people, preacher of divine wisdom, will be a hospitable host, full of love, which will manifestate itself without any slyness, and on his entire territory will be a perplexing abundance, for all the pilgrims that will come to be satiated.

The headquarter of the International Red Cross will be at Bucharest, in the New Jerusalem, because the discoveries of that people in the field of medicine and health will be extraordinary, placing, also, this country on the first place in the world. Still, in Romania will be philantropical and administratives institutions, absolutely new, like never before on this earth, of divine inspiration, which will pursuit the arouse of the hidden powers of man and the amplification of the spiritual divine endowments.

The jewish people will be almost the only one that will take a strong opposite position at the benefactory growing influence of the romanian people, knowing of Divine Mysteries, but at the final of this ideas struggle even it will be convinced that the truth sustained by the romanian people is one with God and after that it will not fight against the Divinity.

The holly spirit led ones and the great illuminated ones, from some points of the earth will confess, at their turn the reality of the truth preached by the romanian people, reconfirming it with all their power.

But, before to arrive here, this chosen country will pass through great worries which will put the people to hard trials.

This chosen people will pass before to arrive here through three great trials. The end of those trials will be pointed by a planetary disaster caused by earthquakes, that will frighten almost the entire world. Also, in those times the very rich ones will loose their fortunes. In those future times, on the chosen territory of Romania, will be built ,so, in two modes: spiritual and material. In those future times, the rulers of the world peoples will make an union to realize a global convention for mutual help and will centralize the monetary system to conduct as good as possible the administrative life at the level of the entire planet. In those future times, there will appear an army which will be educated and unified to be universal, having an international character. The indian people will be happy to know and help the romanian people in his planetary mission. Due to the friendship relations which will appear with all the countries of the world, Romania will escape like in a wonder from the wars conjuncture. In the times that are to come, the North and the Middle America will became, in the most part, a mammoth graveyard. Those will happen right in the eve of some immense plans of domination

which will pursuit the supremacy over the whole planet. Unique in action and one that will refrain to take part at putting into reality the beautiful ideas and the global implementations which will happen, will be England, but, its opinion will not be taken into account, because at short time after that it will become to own only his islands. The colonies which belong to it, will be totally liberated in the future.

Even if you are amazed by what I have told to you, no one should be surprised of what is going to happen, because everybody has what he deserves, finally triumphing the right, the truth and the spiritual light.

Although the bugles of truth will sound everywhere, especially on the New Jerusalem territory‑ Romania, will be carried the most fiery fight. 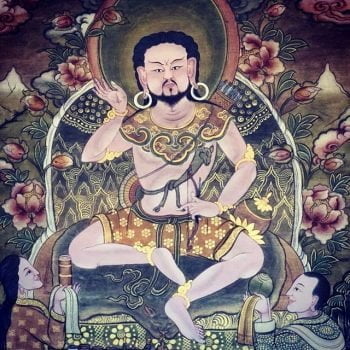 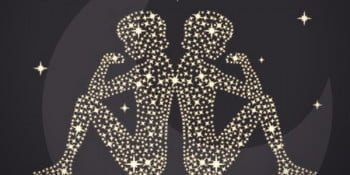